Those of you who are savvy within the social media sphere would be aware of a term called ‘trolls.’ No, we’re not talking about those cute multi-coloured, fluffy heads that grace the presence of children’s cartoons – we’re talking about something far more sinister.

Pictured here, is Mac Miller an American rap artist, who is commonly known for being Ariana Grande’s ex-boyfriend. Mac Miller was found dead in his home last week, due to a suspected overdose.

What does this have to do with trolls? Well, let me show you…

Following the news of Miller’s passing, Grande’s Instagram account was flooded with disgusting, heartless comments. Take a look for yourself: 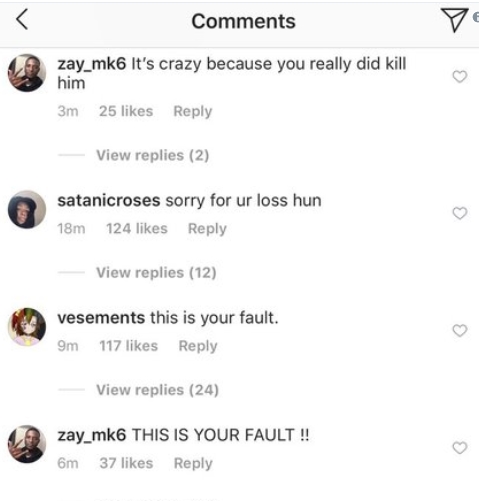 According to Wikipedia the term ‘troll’ is internet slang for a person who starts quarrels or upsets people on the internet to distract and sow discord. They do this by posting inflammatory or off-topic messages in an online community with the intent of provoking readers into displaying emotional responses, whether for the troll’s amusement or a specific gain. 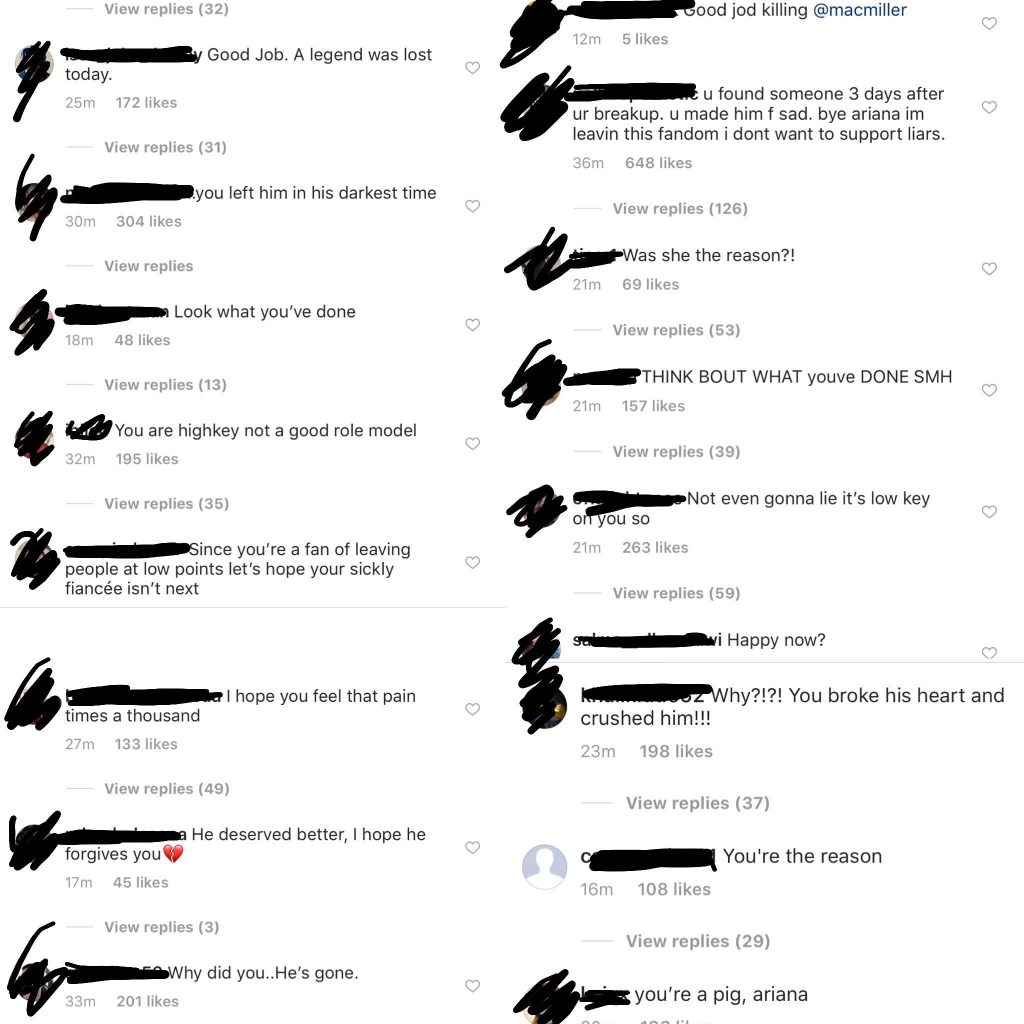 Trolling is not a new phenomenon – I remember being faced with disgusting comments by trolls on a Facebook page which was set up in tribute for a young man who had passed away in a car accident. At the time, I was only in high school and seeing such hate was truly disturbing.

Furthermore, many cat haters have created their own Facebook pages sharing images of slaughtered cats, to which they discuss their happiness and mock the deceased animal.

This is the reality of the society we live in.

I felt compelled to write this week, after witnessing the barrage of comments Grande was subjected too. She was forced to disable commenting on her profile as a result of the onslaught. Any logical person with common decency knows that she isn’t the cause of Millers death. The couple broke up in May, Grande citing that his struggle with sobriety was one of the main reasons why. And while I do admit she moved on quite quickly (she is already engaged to another guy) – this by no means allows people to insult and degrade her, let alone, call her a murderer.

Bear in mind, Grande has openly stated that she has been in therapy for quite some time. Her concert in Manchester in May 2017 resulted in the death of 22 innocent lives due to a suicide bomber. That is A LOT for anyone to take.

As it is ‘RUOK day’ today, I thought it was timely to discuss mental health, and this dark side of social media. Celebrity or not, you have no idea what someone is going through, the state of their mind or the effects your comments will have on them.

Instagram can be used for good. We have developed such a beautiful community with friends from interstate and all over the world. We have connected with fellow writers, social media marketers and some lovely product-based brands. We all aim to build each other up, rather than tear each other down. 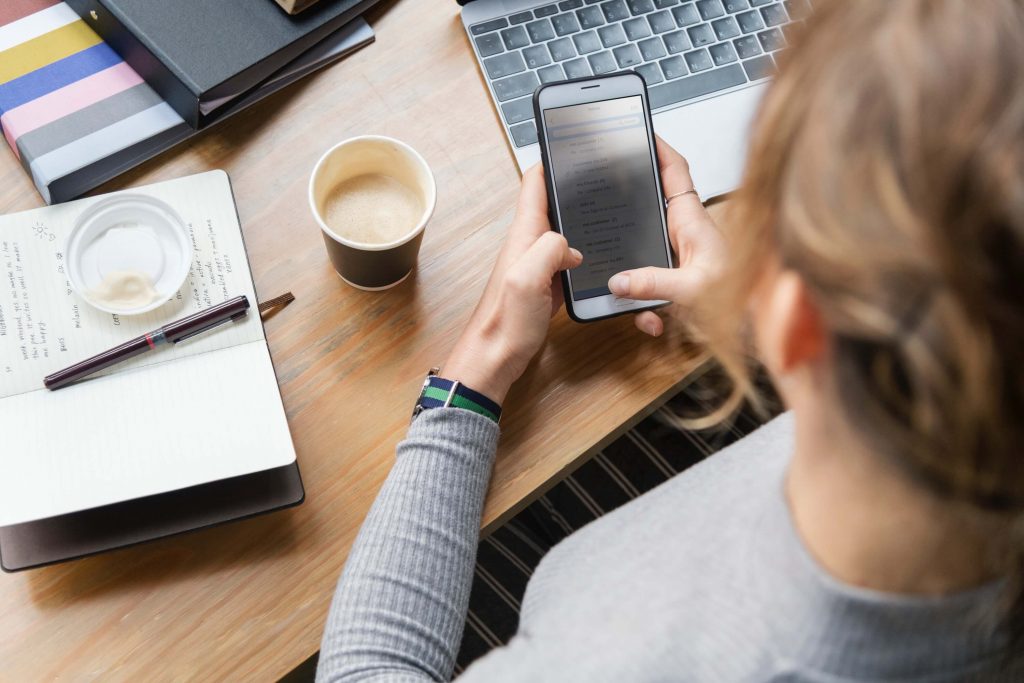 Acknowledging this dark side to social media is the first step in making a change. The second step is to stand up for anyone you witness getting cyber-bullied. Don’t reply directly to the trolls, because that’s what they feed off. Instead, leave a comment of support to the person being hated on. And when all else fails, just switch off. There is no shame in deleting your social apps, and walking away. Take it from me, the girl who jumped off Facebook for over a year and a half!

Here at Content Savvy, we urge you all to spread the love. Be mindful of your surrounds, including that of your online platforms.

< Previous Article
Client Case Study – KT Creative
Next Article >
Trademarking hashtags, is it really a thing? We speak to a trademark attorney to get the deets!